Some time ago I wrote a post about the use of new virtio video driver for a KVM guest with a Debian 8 operative system. See:
KVM, video QXL und video virtio – Video-Auflösung des Gnome-Desktops eines Debian 8-Gastystems einstellen
The KVM host at that time was a PC with a native Nvidia graphics card. In my post I was very positive about the 2D-performance results of the spice/virtio combination for the KVM guest graphics.

Two days ago I had to perform the installation of a Debian 8 KVM guest – this time, however, the host was a laptop with an Optimus system: The internal graphics card of the i7-3632QM CPU was/is an Intel HD Graphics 4000. (The laptop has an additional Nvidia GT645 M, which can be used via Bumblebee.) Under normal conditions the Intel HD graphics (with the i915 kernel module) has sufficient power to support 2D and 3D accelerated GUIs. In my case the laptop ran on Opensuse Leap 42.2, qemu-kvm was of version 2.9, libvirt of version 3.3 (installed from the “virtualization”-repository: http://download.opensuse.org/repositories/Virtualization/openSUSE_Leap_42.2/). But this time I got a bit disappointed.

I experienced two problematic points with the Debian 8 guest and its original 3.6 kernel:

Update to the latest kernel on the Debian 8 guest

I then read on some Internet websites that the virtio graphics driver on qemu/kvm requires a kernel later than version 4.x on the guest system, too. So why not try? The installation of newer kernels on Debian 8 is possible by adding the “backports” repository to apt’s configuration. We have to a add a line

to /etc/apt/sources.list on the Debian system. The we execute

to get the latest kernel installed. In my case this is a SMP kernel of version 4.9.18. Up to now this kernel lead to no conflicts or problems with any of the installed software on the Debian 8 guest.

Results of the updated guest with kernel 4.9

The graphical performance of the Debian guest with spice/virtio combination, however, changed dramatically to the better! Actually, the overall 2D-performance is now really convincing – even on the relatively weak Intel HD 4000. The tear free moving of window frames of all kinds of Qt- or Gtk3-applications across the spice terminal is just one point. The other is that the performance impression of e.g. Firefox ESR on the virtualized guest is almost not distinguishable from Firefox on the host’s
KDE interface. Below you see 2 FF windows on the Gnome GUI of the Debian 8 KVM guest plus a QGit window. One FF window plays a video. 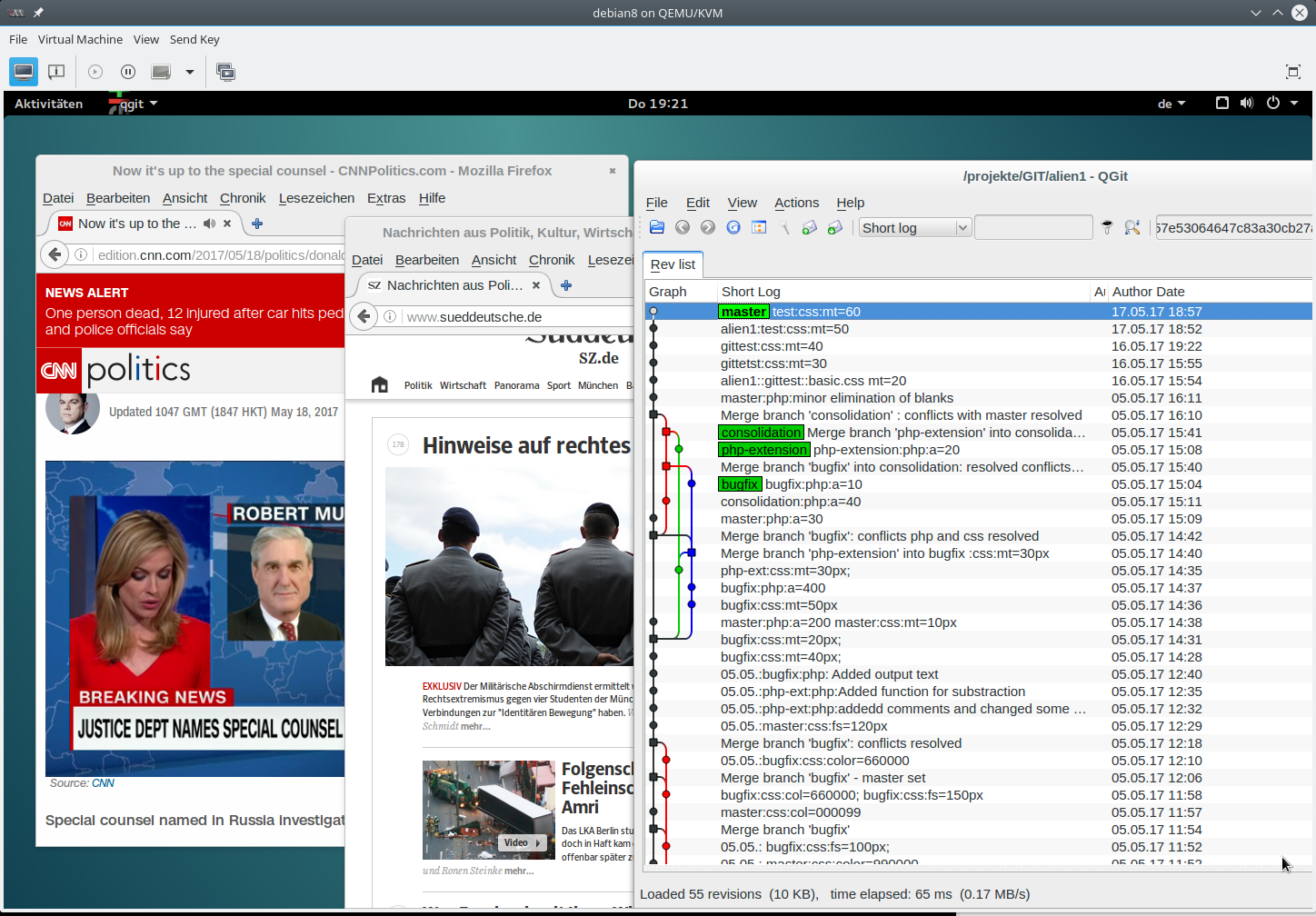 And in addition I now get all resolutions I could wish for: 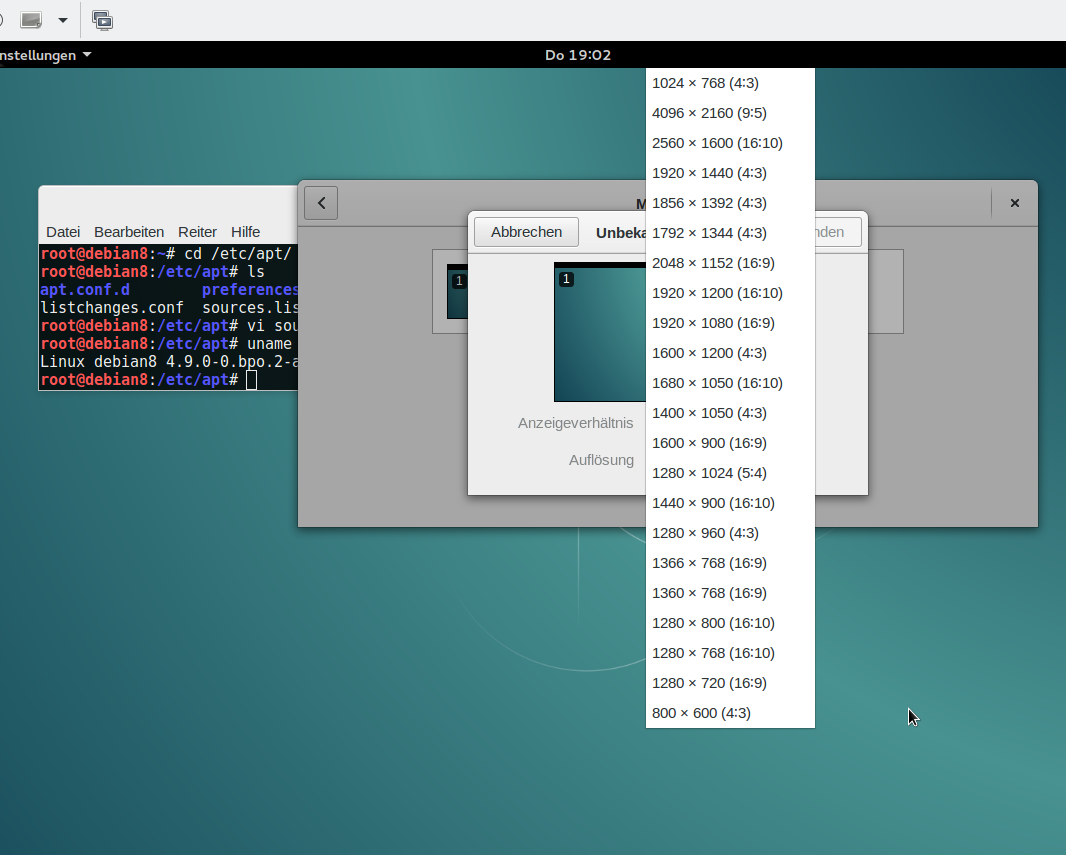 I love KVM! Even on laptops!