In these times of Corona, home-office and of increased Internet usage some of us Linux guys may experience an old phenomenon: screen and video tearing. In my case it happened with an Nvidia card and with X11 (Wayland does not yet work on my Opensuse Leap 15.1 – I am too lazy to investigate why). I have ignored the tearing already for some months – but now it really annoyed me. I saw tearing already some years ago; at that point in time activating triple buffering helped. But not these days …

Not much, not always – but enough to find it annoying. So, I invested some time – and got rid of it.

I have three screens attached to my NVidia card (GTX 960); two of them are of the same type, but one has a lower resolution than the others. The screens are configured to work together as a super wide screen via the Xinerama setting in the xorg configuration file. Below, you find the contents of the file “/etc/X11/xorg.conf” with details about the screen configuration and modes.

We find more information about these options in the “nvidia-settings” application: 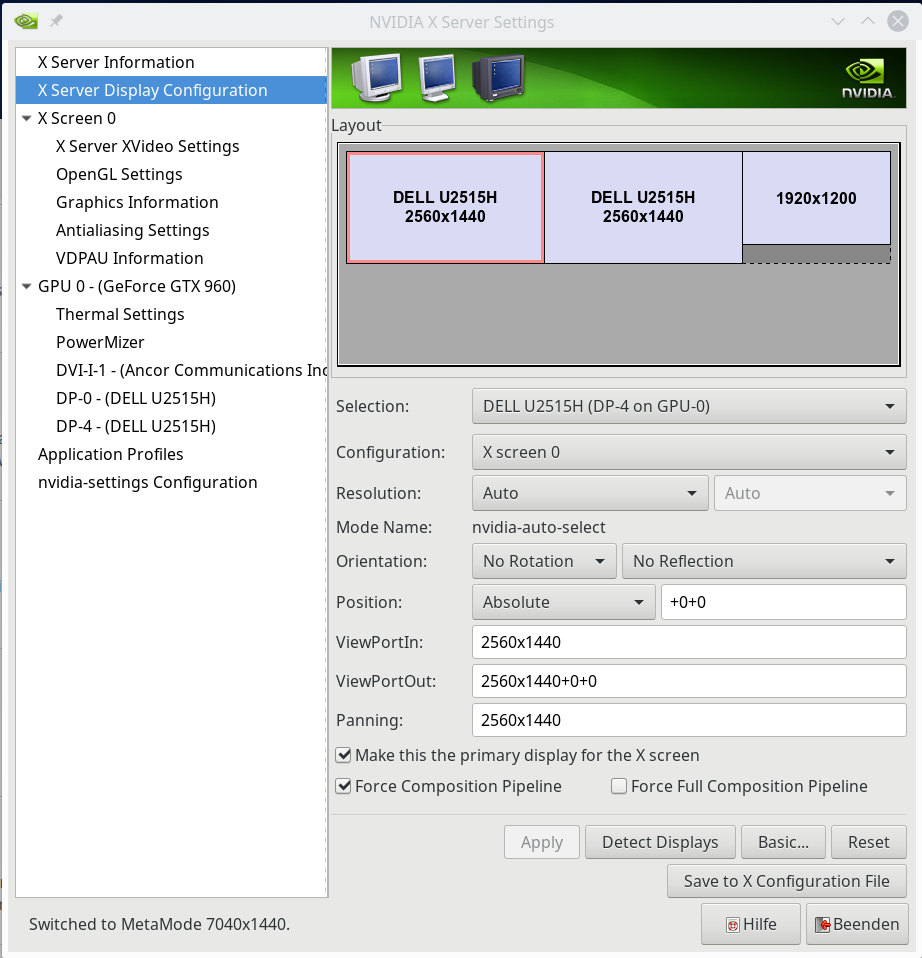 “This option implicitly enables “ForceCompositionPipeline” and additionally makes use of the composition pipeline to apply ViewPortOut scaling.”

When I first tested “ForceCompositionPipeline” I just set it on the page of “nvidia-settings” for the first screen of my three, wrongly assuming that this setting was applied in general. However, tearing did not disappear. I realized after some time that it still happened on 2 screens predominantly. I even suspected a different quality of the display-port cables to my screens to be the cause of tearing. Wrong … the ForceCompositionPipeline had been applied to one screen, only.

So, switch to the other screens by using the first combo-box on the “nvidia-settings”-page and set “ForceCompositionPipeline” for all screens. Do this before you eventually save the settings to a “xorg.conf”-file (as root). Your resulting xorg.conf file may look a bit different; the CompositionPipeline-settings might be included as a side-option of the meta-mode settings – and not in form of a special separate line as shown above. 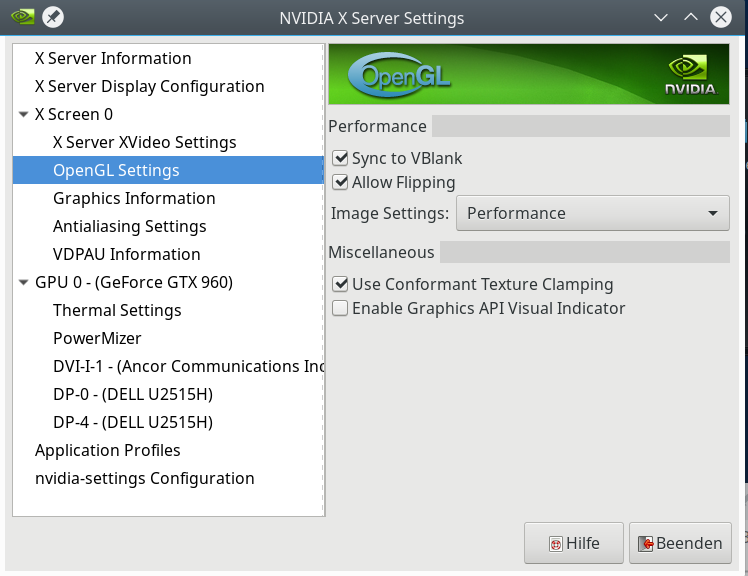 KDE Plasma settings for the screens should be consistent with the “nvidia-settings”. You use KDE’s “system-settings” >> “Display and Monitor” >> “Displays” and “Compositor”. 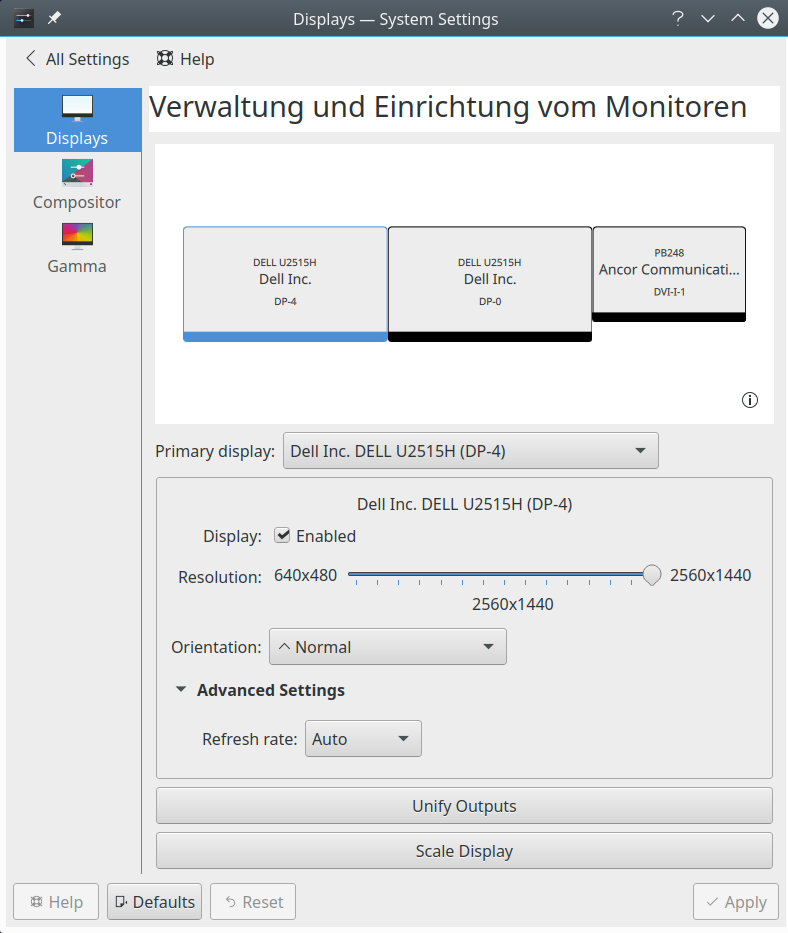 The combination of all the settings discussed above worked in my case – the tearing disappeared for videos in browsers, in video applications as well as on the Xinerama KDE Plasma screen in general.

It is easy to suppress video and screen tearing on an Opensuse Leap system with KDE PLasma and a Nvidia graphics card. The most important point is to activate “ForceCompositionPipeline” on all individual screens via “nvidia-settings” or to activate this option globally for the Xinerama screen of a multi-monitor configuration.